Children display a variety of behaviours, from small nuances to BIG meltdowns. It's important to make sure that you are using the right strategies to target the right behaviours. This blog post is a sneak peak into the Behaviour Bundle, which is my top selling digital resource! It outlines the strategy of Planned Ignoring and explains how to use it and for what behaviours.

Planned ignoring is an intervention strategy that has been effectively used to reduce unwanted behaviours. Planned ignoring occurs when an adult ignores minor displays of a behaviour from a child.

It also requires the adult to determine which behaviours will stop on their own and which behaviours need intervention, such as damage to property, physical harm to self or others, or behaviour that is morally or ethically wrong.

A key factor in using planned ignoring is combining it with positive reinforcement for appropriate and desired responses or behaviours. Positive reinforcement is defined as the presentation of a reinforcer that increases the behaviour (i.e., a smile by a parent after a child stands for the first time).

How Does It Work?

Most parents agree that children do lots of things (including some that are inappropriate) just to get attention. If ignored, children will stop many of these behaviours. Parents and other family members must choose which of these behaviours are sufficiently bothersome or inappropriate to target for change. They must then make sure that ignoring the behaviour will not be dangerous or unsafe for the child or the family. Finally, they must determine whether they can tolerate a short increase in the behaviour following the introduction of the intervention and can persist for a predetermined time to determine the effectiveness of the intervention.

Planned ignoring can be easily embedded in natural routines and activities once the behaviour is identified. Here are some specific guidelines:

1. Identify the behaviour: For the intervention to be most effective, everyone— parents, family members, teachers, child care providers—must agree which behaviour to target and what it looks like. If Richi’s parents want to decrease the number of times he uses inappropriate language, they must specify to adults and peers in his environment which words they consider inappropriate. Once the behaviour to be ignored has been specifically identified and everyone has agreed to respond by ignoring the behaviour, the intervention may begin.

2. Identify the conditions: Parents or other people who are implementing planned ignoring should be very specific about what behaviour is acceptable in what conditions. Sarah’s mum works at home. She has told Sarah and her brother, Jamal, not to disturb her when she is at her desk working except in emergencies. These conditions were stated simply and no lengthy explanation was given—everyone in the family knows the rules. If Sarah or Jamal forget and annoy their mum, she ignores them. When she finishes her work, she thanks her children for respecting her work time and is available for a game or a walk.

3. Set them up for success: A child who is hungry, tired, or anxious may not make wise choices. A toddler may be more likely to ask for candy and tantrum if she does not get it at 5 o’clock before dinner than at 2 o’clock after lunch. A second grader may hit his brother in the car after a particularly long and tiring day at camp. Parents also have stressful days at home or when they work away from home. Most often, parents understand these circumstances and typically make allowances for them. But sometimes, life gets the upper hand. Opportunities to plan and carefully allocate time for dinner, homework, and family may be compromised when a deadline has to be met at work or a family member becomes ill. During these stressful times, families often realize that the only consistent attention they give a child is to correct him or her for negative behaviours. Remember, children will work for attention even if it is negative if that is all they can get. So, planned ignoring works best if the child’s physical, social, and emotional needs are met in positive ways.

Planned ignoring works best when parents and family members respond to or praise another behaviour.

Jesse and her mum are in a constant battle over slamming the car door. Mum picks up Jesse after soccer practice and talks with her about her day at school and at soccer. This semester, Jesse’s grades are not what they should be, given her abilities. Often these discussions end with Jesse slamming the door of the car when her mum pulls into the driveway of their home. Most often she is angry with her mum. Her mum decides to ignore the slamming door and reinforce another behaviour: “Jesse, thanks for helping Zachary with his backpack.” Mum can choose to respond to the slamming door or to ignore it and reinforce another behaviour. Sometimes parents have little impact on a behaviour, especially with teenagers or young adolescents.

Consider the Context of the Behaviour

Parents and family members must consider the context of the behaviour (i.e., how often the behaviour has worked for the child and for what length of time). For example: if Maria has always given in when Jasper tantrums for candy at the grocery check-out counter, it may take a little longer to see a change in Jasper’s tantrums. The pattern is well established and has been reinforced in the past: “If I tantrum then I get candy.”

At the same time, immediate changes as a result of planned ignoring may also be difficult to see if Jasper receives candy intermittently as the result of a tantrum. An intermittent schedule of reinforcement does not occur on a consistent basis; it follows some, but not all, of the behaviour.

For example: Rob gives in to Billy’s tantrums when the store is busy on the weekend but stands firm during weekday mornings. Therefore, Billy does not recognise these contingencies (busy or not). But he does understand that the tantrums sometimes do work, so he just cries a little louder and kicks harder. He works extra hard to test when his tantrums are effective, that is, get him candy. Following through and being consistent during these times is difficult. No parents like to be the target of staring and nervous giggles when their child misbehaves in public. Try to ignore your embarrassment and discomfort and continue to ignore the behaviour. Teaching your child the limits and boundaries for appropriate behaviour is worth the momentary social discomfort. Your patience and perseverance will pay off in the end.

Remember…Testing Your Limits is Normal!

The role of a child is to grow into a competent, intelligent, and autonomous decision maker. This growth requires him or her to constantly test the limits and boundaries in relationships with peers, parents, family members, and other adults. The role of parents and other adults is to provide consistent and appropriate boundaries and limits; to express these limits clearly; and to enforce them consistently. These boundaries broaden as children become adolescents and adolescents become young adults.

But the boundaries continue to be important if children and adults are to understand how to behave in groups— families, schools, and society—and independently as autonomous decision makers. As Jane walks into the kitchen for breakfast, Robyn, her stepmother, reminds her to return to her room make her bed before she sits down. Jane begins to mutter sarcastic, self -pitying remarks: “Why do I always have to do to everything? Sarah’s mother has someone to help her family and make her bed because her parents work.” Robyn keeps her composure, ignores her stepdaughter’s dramatic body actions and comments, then praises Jane for her independence and helpful contributions with the family’s chores when she completes her task. She has reminded Jane of the family rules for functioning in their household (everyone does his or her job), ignored the inappropriate behaviour, reinforced the appropriate behaviour, and allowed Jane’s understanding of the potential differences in family structure and resources between her family and Sarah’s to grow.

Researchers tell us that a short burst of behaviour will occur immediately when the behaviour is first ignored. Just keep at it. Do not give up. This increase in behaviour is short-lived and will diminish. Parents may also want to plan another behaviour to use to reinforce planned ignoring. For example, some parents vacuum the floor, listen to music with headphones, or stand in the shower when ignoring screaming or tantruming toddlers. Other parents find other activities to help them ignore the inappropriate behaviour of their children.

Planned ignoring can be a successful intervention for tantrums or other aggressive reactions to frustration. However, it must be delivered consistently. Many parents have said, “I tried ignoring the tantrum, but it did not work.” Most often the problem was in the duration of the intervention. Planned ignoring has a long-lasting effect, but it does not happen overnight. Adults must always and completely ignore the behaviour in all situations. For example, the tantrum should be treated as if it does not exist—no positive or negative attention, no talking or correcting the child, and no hugs or spankings. If the tantrum is not completely ignored, then the child will realize that for the tantrum to work, it must be loud and long before he or she can get what he or she wants. In addition, it helps if everyone is on board. Everyone who has contact with the child needs to be aware of the intervention plan (who, what, when) so that it is enforced in the home, at school, and in community environments rather than just a single setting or with a single adult. When the behaviour stops, wait a few moments and then deliver reinforcement or praise for the next appropriate behaviour.

If this information was useful to you, check out the FULL Behaviour Bundle which includes a bunch of free templates and resources: https://www.theplayfulpsychologist.com/product-page/the-behaviour-bundle 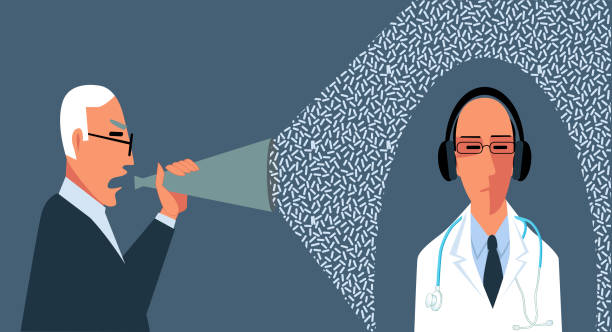 How Does Fidgeting Help Concentration?

Bribery vs Reinforcement: What's the Difference?